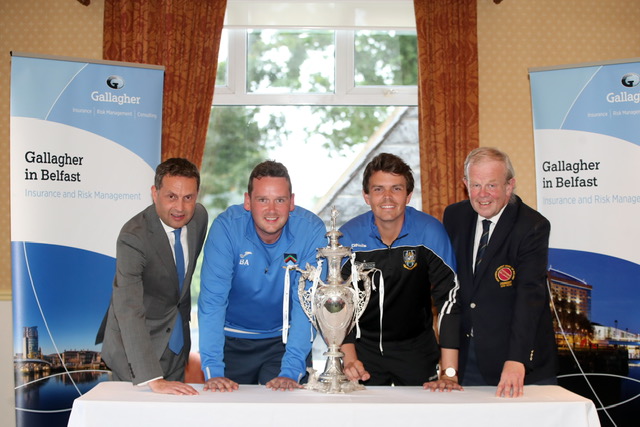 The draw for the 2019 semi-finals of the NCU Gallagher Senior Challenge Cup was made by Shane Matthews, managing director of Gallagher NI, and Richard Johnson, president of the NCU. Ben Adair of CSNI and Jacob Mulder of CIYMS, attended as the clubs were drawn against each other.

CI have home advantage, as do Instonians in their semi-final against Muckamore. The games will be played on July 20.

The Final of the Twenty20 Cup will be held on Friday 26 July. The game will commence at 5pm.

The final was previously scheduled for Monday 15th July, a bank holiday that is not recognised by many employers. Both teams were in agreement that Friday 26th July would be a much easier date to guarantee player availability.